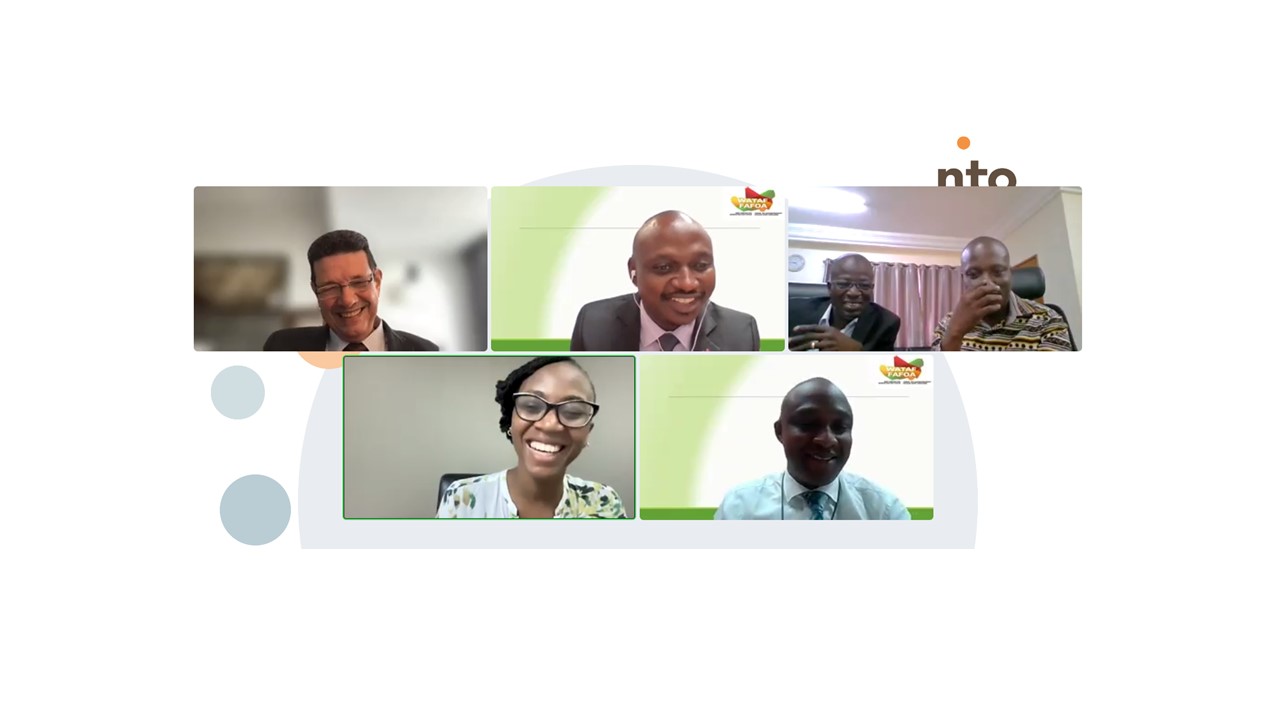 Over the years, combatting tax avoidance by MNCs and other tax-related IFFs has become a top priority on the international tax policy agenda. As many developing countries are importers of capital and depend on Foreign Direct Investment (FDI), making sure these benefit the recipient country and are fairly taxed is crucial to their DRM collection and sustainable economic development, whereas tax codes and tax administration play the decisive role in this process.

Several months after the 1st NTO Technical Conference on “Building stronger partnerships to fight tax-related IFFS”, the NTO hosted a webinar with the focus on the topic “Capital flight, (aggressive) tax planning by multinational companies (MNC), IFFs connected to MNCs” on 28 April 2022 that brought together over 300 participants from over 50 countries across the world. The fruitful round table discussion was moderated by Ms. Chenai Mukumba, Policy Research and Advocacy Manager at Tax Justice Network Africa (TJNA), and provided a platform for dialogue and peer exchange for tax officials and experts.

A new tax code to curb decades of aggressive tax planning undertaken by MNCs in Benin.

Among various tax avoidance schemes observed in Benin, the most used are thin capitalisation, transfer mispricing, avoiding permanent establishments, use of conduit entities through treaty shopping and transferring company shares at lower-than-market prices. “The Republic of Benin is poor in natural resources and relies heavily on tax revenues and foreign aid to fund its public expenditure. Capital flight represents a significant problem in Benin – especially since our country faces pressing needs to accelerate progress in social and economic development to achieve the UN’s Sustainable Development Goals (SDGs) by 2030,” Mr. Yakoubou Moussa Garba-say, Senior Tax Officer at the Directorate General of Taxes (DGT) of Benin, emphasised.

Benin has addressed the loopholes in its tax laws and hopes to tackle decades of MNCs’ illicit schemes with the adoption of the new tax code (in force from the 1st of January 2022), which includes Specific Anti-Avoidance Rules (SAAR), introducing stricter thin capitalisation rules and transfer pricing regulations among others.

A major gap Benin needs to bridge is the adoption of General Anti-Avoidance Rules (GAAR), a powerful legal toolkit and last resort mechanism for tax authorities. The adoption of the BEPS minimum standards is also an opportunity for Benin, who has not completed the implementation yet. At the same time, “capacity building of tax officers is necessary to enhance the efficiency of our administration. International tax cooperation should also be used to counter capital flight not only in Benin but also worldwide, as aggressive tax planning by MNCs is a global issue,” added Mr. Yaya Kora Gounou, Senior Tax Officer at the Large Taxpayer Unit of the DGT Benin.

The NTO perspective is a synonym for integration, collaboration and coordination.

Subsequently, Mr. Márcio Ferreira Verdi, Head of the NTO Council and Inter-american Center for Tax Administration (CIAT) Executive Secretary, and Mr. Emeka Francis Nweke, Tax Research Manager at West African Tax Administration Forum (WATAF) Secretariat, reflected on the adequate response from tax administrations and different initiatives developed to address MNC’s illicit schemes, considering the scope for regional and international tax organisations to contribute to this endeavour. “It is imperative to promote the exchange of knowledge, experiences, explore current best practices with neighbours with all nine (NTO) member organisations,” Mr. Verdi underlined. This is something all participants agreed with during the open discussion, including Dr. Jeffrey Owens, Director of the WU Global Tax Policy Center at Vienna University of Economics and Business, who highlighted the importance of interagency cooperation and keeping the spirit of the law.

“Now there are so many opportunities for developing countries to exploit the new framework and to put more pressure on MNCs and other countries, and to change the nature of the debate. It’s all about changing behaviour, which will not be an easy process,” Dr. Owens commented.

To combat IFFs as part of its mandate of strengthening tax administrations in West Africa, WATAF has facilitated the Automatic Exchange of Information, organises capacity building trainings, and enlightens member countries on the taxation of the digital economy.

“Since this predisposes countries to BEPS-related challenges, WATAF advocates for member countries to plug the loopholes by developing robust, legislative frameworks across governmental and multilateral agencies to ease compliance with tax laws,” Mr. Nweke explained.

WATAF created the Audit and Risk Managers Network, engages in collaborations with like-minded organisations that are willing to achieve the mandate of eliminating IFFs in Africa, and offers country-specific support.

Commenting on a participant’s question on how the Western world can help to discourage capital flight by investors in African economies, Mr. Nweke underlined the significance of international cooperation. Before closing the discussion, Mr. Verdi showed attendees a photograph of the Executive Secretariats of COTA, CIAT, CATA and SGATAR Meeting in the Philippines in 1988, who came together to discuss the importance of establishing an umbrella organisation to enhance the role of regional organisations. Fast forward to today, it has been almost 5 years since the creation of the NTO. Mr. Verdi emphasised that the NTO’s mission has just started and there is a need to continue promoting the work of the NTO and its member organisations and ensure there is space for peer-to-peer learning in the fight against IFFs. The NTO appreciates the participation of all the speakers and guests and is looking forward to welcoming all of them to further webinars.